Nobody knows how the Wizard came to power. For as long as anyone can remember, his dark tower has stood over the empire’s capital, and his armies have brutally enforced his will. His dark creatures lurk in the wilderness, preying on unprepared travellers. His dominion is total.

Some time ago, a Hero rose from humble beginnings to challenge the Wizard. The Hero raised an army and took the fight to the capital. They were defeated. The army was scattered. The Hero died at the Wizard’s hands.

But it is said that the Hero’s spirit was reborn in the body of a child born that same day. In time, they will grow up and face the Wizard once more. They may succeed. They will certainly die. And they will be reborn again. It is written. So it will be.

Your coming-of-age celebration is in one week. At this ceremony, the elders will divine your destiny so that you will know the path you must walk. The destiny revealed during the ceremony is never wrong. Maybe you are the Hero. Maybe you are destined to die again.

But maybe, before destiny is written, it can be changed...

Prologue is a storytelling card game for 2+ players, utilising a standard deck of playing cards. You will tell the story of a small group of young adults, and a tight knit community on the verge of major upheaval, and find out what happens to each in their future.

Your download of Prologue includes a copy of the rules and a full set of illustrated, print-at-home Tarot-sized cards to tell your story with.

If you don't want to print the cards, you can play Prologue using a standard deck of playing cards, including jokers, and the card tables included with the rules.

This is the 2nd Edition of Prologue, featuring revised mechanics, re-written rules, and new prompts. Your purchase also includes a copy of the 1st Edition.

Future updates of Prologue 2nd Edition will include:

I respectfully acknowledge the Wurundjeri people and the Boon wurrung / Bunurong people of the Kulin Nations as the traditional owners of the land on which the majority of my work takes place. I pay respects to elders past, present, and emerging. Sovereignty was never ceded.

Played this online with two others. We had lots of fun and immediately embraced the story, setting up and understanding the rules was easy and intuitive. Took us half a scene to get immersed into our characters (a female fisherman and two male boatbuilders) and starting to live our stories together, fearing or looking forward to the ceremony. Just about at 3 hours the Joker was drawn and in the epilogue, a dramatic tragedy ensued. We all had a blast and would recommend this to anyone who wants effortless flee-flow roleplaying!

I'm so glad you enjoyed it! Thanks so much for the review! 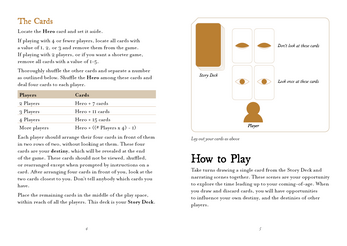 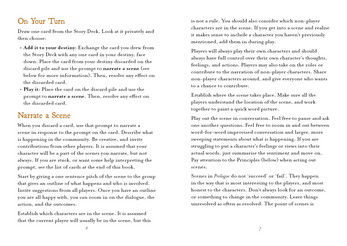